Farming equipment was not exclusively an American enterprise, but it was in America that tractors really took off. Settlers had started farming in the vast expanse of the midwest. The tractor made it possible for a farmer to plant and harvest much more land. Many tenant farmers and land owners with smaller farms were still using horse and mule-drawn plows and seeders in the 1930's.

The companies that would later become known for gasoline powered tractors got their start developing and manufacturing equipment that would be drawn by horses. The illustration above shows a "Climax Mower" made in Corry, Pennsylvania in 1870. But instead of developing tractors, the Climax company went on to manufacture the unique Climax Locomotive, which had been invented in the late 1870's by George Darwin Scott. All across the eastern half the country in the second half of the 19th Century, inventors and entrepreneurs, most starting in small shops, were designing horse-drawn farm implements and laying the groundwork for a country that become powerful with trains and tractors. 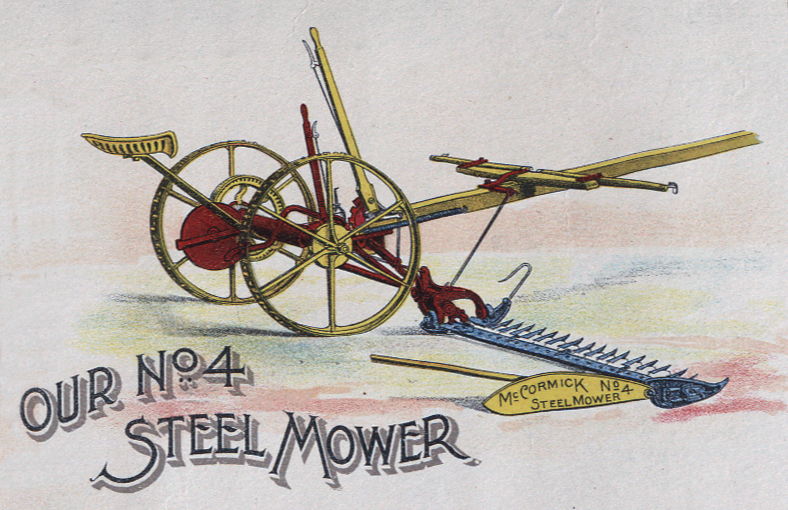 The mechanization of farming has very deep roots. Our ancestors were using carts with wheels at least six thousand years ago to transport produce and other items. An Englishman named Jethro Tull, fascinated by agricultural techniques in different parts of Europe, is credited with inventing the seed drill in 1701. However there is evidence that the Chinese were using ox-drawn seed drills in the mid 1600's. A Scott by the name of Andrew Meikle, the son of a millwright, built the first successful threshing machine in 1786. Meikle's machine was designed for corn. The concept was subsequently adapted for wheat, barley and other crops. 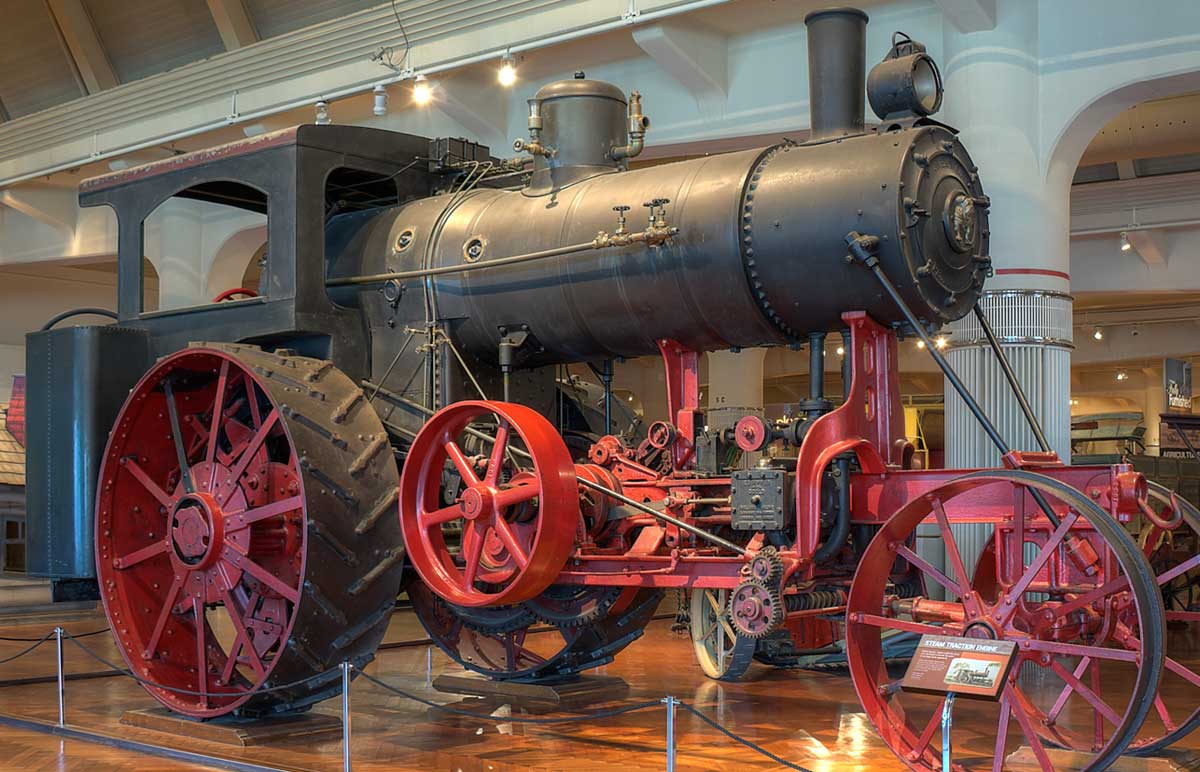 Steam power had been around since the1700's. The first American steam railroads were introduced in the1830's, after which rail started to make its way across the country. Steam engines in agriculture were initially used to power threshing machines. Typically several farmers would pool their resources to purchase the engine or to pay for the services of a traveling engine when it came to the area. These steam engines had wheels, but the wheels were used for towing the engine from one place to another.
Left: Early self-propelled steam engine tractor on display at the Henry Ford Museum in Dearborn, Michigan. Click on image to enlarge. 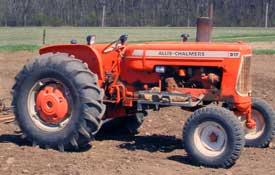 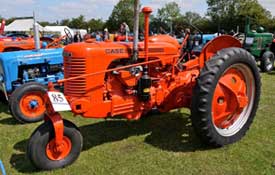 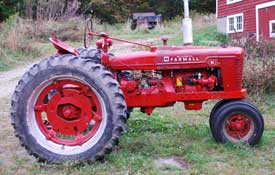 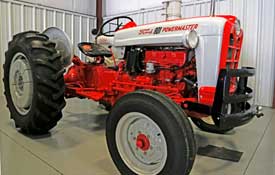 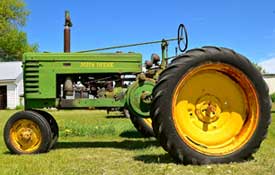 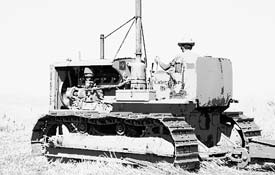 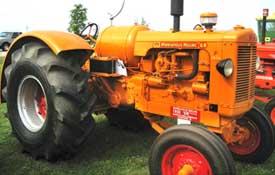 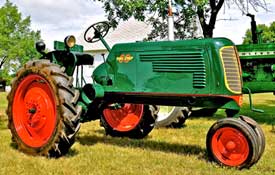